One Friday in the middle of May and very dear friend and I took a one day road trip all by ourselves and had a ball during the entire trip.

We had been planning for it a few months and when the day finally came it started with fierce thunderstorms and rain.  I don’t like to drive in the rain especially to areas I’m not familiar with and I was the designated driver on this trip.  When Carol got to my house it was a little later than we had planned and with the storms I thought maybe we would just head to Roanoke and spend the day looking in some of my favorite shops.  She was disappointed but understood why I didn’t want to drive further.  When we got to Salem we had breakfast at Denny’s and by the time we came out from breakfast the skies had cleared and we decided to head on to Staunton. 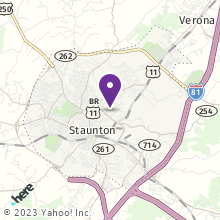 The main reason we wanted to go here is because several times a year there is a wonderful book fair and we are both avid readers and I had been here twice with my daughter   Carol had never been and boy was she in for a special treat!  We were headed to the Green Valley Book Fair.

We spent about two hours there and both came out loaded with books, audio-books and more.

My daughter, the traveler, had prepared us a itinerary for the day and so our next stop was The Cheese Shop in Stuart’s Draft.

By the time we came out of here it was 3:30 p.m. and we had a two hour drive back home.  Loaded up with all kinds of baking goods, snacks, cheese and the famous cake donuts we headed home.  We had not eaten breakfast and we dug into the dozen donuts I picked up before we left the store.  Stuffed and loaded with sugar we got back home safely after a wonderful day of catching up and decided we would take the trip again later in the summer so we could hit some more of the shops we missed on this trip!

Carol, I love you, and thank you for making it such a special day for me since I don’t leave the farm very often!!

We truly had a wonderful day with my kids and our friends and it seemed to fly by but I guess that’s because we were having fun!!  The day was full of stories, laughter, getting to know each other and friendship.

For lunch, I fixed a vegie tray, fruit bowl and a small cheese tray.  I made homemade chicken salad, teriyaki chicken wings, and fried morels for the main course.  Of course, the day wouldn’t have been right with a big batch of homemade dinner rolls and loaf of homemade bread.  I made a cocoanut dream cake which was my first attempt at the recipe and it was so moist and good but I dread what it may do to my weight-loss.  I made a cherry crunch tart, also a new recipe, but I wasn’t real thrilled with it so that recipe is coming out of the box!!

One of my guests brought some homemade cheese pastries that were so good and we had tea, lemonade and a new drink I’m using, called marguerita ade.  It is so sweet-tart and really quenches your thirst on a hot day!

Family, friends, and fabulous food, what more could you ask for.

Completion of the King-size Sampler QuiltDecember 31, 2021
3 months to go.